To Make LTC The Best Altcoin During a Crisis, Will Litecoin’s MWEB Contribute? Is a price increase of 20% now anticipated? 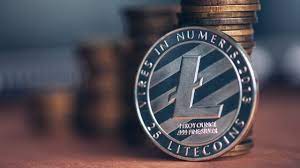 The recent holocaust in the crypto-industry has called for the masses to look out for ideal cryptocurrencies to fight against the odds. Successively, projects focussing on privacy like Litecoin (LTC) and Monero are now rising towards the limelight.

Talking about Litecoin, the altcoin is in talks for its notable feats with its MWEB extension. Meanwhile, a number of proponents are now advocating in favour of the digital asset, citing its strengths over its direct rivals. Dive in as this write-up covers the reasons behind the growing favouritism around Litecoin.

Will These Catalysts Be The Fuel To Litecoin’s Rise?

In a recent feat, Litecoin’s MWEB usage sky-rocketed in numbers. The balance chart has shot-up and is now approaching the 4000 LTC mark. Partisans believe Litecoin’s confidential transactions with MWEB helps maintain privacy, whilst improving scalability. Which justifies the spike, and would probably continue to rise higher.

On the other hand, the active addresses on Litecoin have left Ethereum behind by almost 2:1. Litecoin reportedly boasts 2 Million more active addresses than that of the largest altcoin. Conversely, Litecoin’s dormant amount chart, which portrays LTC to a cumulative sum in dormant addresses. Has been on an incline of late, and the projection has been soaring rapidly since 2021.

A proponent on Twitter with the handle Trader Rocko cites that since Litecoin is not owned by hedge funds and venture capitalists. It gives Litecoin an edge over rivals in odd market conditions. He believes if 3AC and other firms get margin-called, heavily invested altcoins will dump hard. Whereas, LTC will survive and chug up to the next halving.

Where Is Litecoin’s LTC Price Heading?

The altcoin has been ranging in the 24-hour bandwidth from $51.77 to $54.32. The RSI of the crypto asset is presently at 45.16 and is escalating towards the equilibrium region. Which justifies the growing volumes. Whilst a bullish push in volumes will help LTC price surge by 34.87% to $72.85. On the flip side, a reversal in trends could call for the support at $45.

Summing up, the digital token is also now closer to its 120 Millionth transaction and has been accelerating rapidly in the mist. This advocates the growing optimism around cryptocurrency. Moreover, the Mimble Wimble Extension will bear fruitful results for LTC, which could surge to greater heights.