In the midst of an investigation, South Korea has barred Terra’s employees from leaving the country. 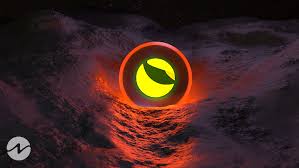 As investigations into Terra’s LUNA and UST death spiral continue, prosecutors in South Korea have imposed travel limits on Terra developers and former devs, according to JTBC News.

The travel ban was announced by the Financial and Securities Crime Joint Investigation Team to keep persons involved in the case from leaving the country. The move could indicate that the local agency is planning to conduct search warrants and issue subpoenas for persons implicated in the case.

According to a recent report from the South Korean news outlet JBTC, one of the Terra blockchain’s leading developers has been barred from leaving the country. The Prosecutor’s Office of the country has issued an order to that effect. It is unknown whether the developer in question intended to exit the country before the block order was issued

The ban is in meant to prevent senior Terra officials from fleeing the country to avoid further investigation. Following such activities, the prosecution may start a compelled investigation, which may include a search and seizure as well as summoning employees.’ The prosecution is also considering whether Kwon and others can be charged with criminal offences such as fraud.

One former Terra developer, Daniel Hong, said on Twitter that developers like himself had not been notified of the travel embargo. He said, “[to be honest] people being treated as potential criminals like this is absolutely outrageous and unacceptable.”

Do Kwon and Terraform Labs are already the subject of multiple active investigations and lawsuits in Korean and international jurisdictions. The collapse of luna and the TerraUSD (UST) stablecoin caused these regulatory issues.

Do Kwon Living In Singapore

The fact that Terra’s creator, Do Kwon, is currently in Singapore could have influenced this choice. This may have posed some legal challenges for investigators as they try to figure out exactly happened when the Terra environment crashed.

Kwon was summoned to the South Korean parliament a few weeks ago to explain what had happened. Since Do Kwon isn’t in the nation, it’s unclear whether this call was heard. In South Korea, Kwon and his company, Terraform Labs, have been accused with tax evasion and must pay over $80 million. Kwon has previously said that the company has no outstanding tax liabilities in South Korea.