How Gain Bitcoin Swindled Over $12 Billion from Its Users 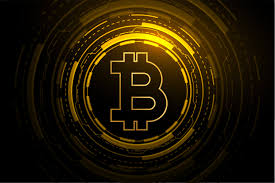 An Indian-based company called Gain Bitcoin was accused of running one of the largest scams in the country. Back in March 2022, authorities shut down this illegal operation that was suspected to steal $3.8 billion or 80,000 from 100,000 victims. This number is larger, according to a recent report.

Local authorities record over 40 reports filed by Gain Bitcoin or GainBitcoin victims. The scam stole money from people nationwide. New estimates claim that the illegal operation could have defrauded victims with as much as 600,000 BTC.

The total value of the scams is linked to the price of Bitcoin. The number one crypto by market caps has lost over 60% of its value since 2021 and currently trades at $20,500 with a 31% loss in the past week alone.

One of GainBitcoin’s main suspects, Amit Bhardwaj was the alleged leader of the operation. However, this suspect died from a cardiac arrest.

His brother Ajay Bhardwaj is the primary suspect after Amit’s death. Local authorities have attempted to get Ajay to surrender the private keys and password to the crypto wallet which could be holding the stolen funds.

In a trial held in March 2022, Ajay refused to cooperate with authorities. His legal representation argued that the living Bhardwaj lacks the skills to operate a crypto wallet.

Local police enforcement agencies record over 60,000 IDs and email addresses, according to the news media, from potential victims. These people were attracted to the illegal operation due to its yield. Clients were promised a risk-free 10% monthly payment on their BTC deposits.

Those people that agreed to lend their BTC, the report says, were offered bigger monthly payments for taking on more risks. Ultimately, as often happens with these investments, the risk-free option is the most expensive.

The investigation conducted so far has revealed that Amit Bhardwaj (who died in January this year) with the connivance of petitioner, Vivek Bhardwaj, Mahender Bhardwaj and others i.e, multi-level marketing agents and associates have collected 80,000 bitcoins as proceeds of crime.

The ED is yet to track down all the crypto wallets related to the scam. In that sense, they have continued to conduct raids and perform other operations to advance the case which have led them to seize hardware, and other evidence linked to GainBitcoin.

According to Binance, we are not in a position to support failed and subpar performing cryptos.