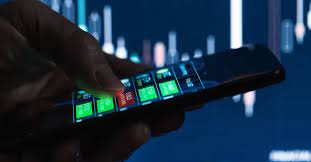 Despite BTC’s price peaking on the charts at $69,000, it is currently selling for significantly less than $20,000.

In a recent interview with Kitco News, McGlone claims that Bitcoin adoption and demand appear to be picking up enough steam to propel BTC over $100,000 in less than three years from now.

Is A Change Coming?

In addition, the economist predicts that Bitcoin will thrive in the next economic phase since speculation will no longer be predicated only on the rate at which the Federal Reserve prints money.

“Those times have passed. Back to creating strong businesses. No more zombie businesses. You sink or swim if you do. We are able to exit this situation thanks to bankruptcy.”

On a more positive note, Bitcoin is currently trading at $20,082 and has not witnessed any further drops.

Even though both bulls and bears have exerted significant pressure on Bitcoin, its price has remained largely stable.

While traders are upset with the current price movement, it appears like Bitcoin is preparing for a dramatic shift. It will be interesting to watch if BTC will surge or if the other altcoins will eclipse the cryptocurrency monarch.