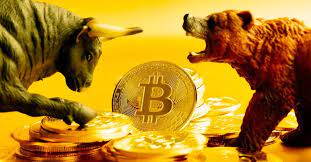 “Today we will begin the process of initiating a Class Action Lawsuit against CelsiusNetwork and Alex Mashinsky,” BitBoy said.
The crypto YouTuber, who has millions of subscribers, said that he had loans due on Celsius and that he couldn’t at the very least access his frozen money to pay them off. Despite confirmation from his Celsius account representative, he stated he had to submit additional money to the site to pay off the obligations.

“At @CelsiusNetwork, our account rep is @ronald loh. He informed us that we have sufficient funds in our account to repay a loan. However, we are unable to use funds from our bank account. “WE NEED TO SEND MORE MONEY TO CELSIUS TO PAY IT OFF,” he tweeted.

The only reason Celsius won’t allow him utilise his cash, according to Amstrong, is that the platform is bankrupt. Insolvency is a phrase used to describe a company that is unable to pay its debt commitments.
“So you might be wondering, “Why wouldn’t they let you pay off the loan using money/crypto/stables that are already in your account?”,” The amount of money in our account.

And these jerks have the hubris to believe that we’ll send more?”

While the specifics of his class action strategy and the plaintiffs who will join him are yet unknown, Celsius still has an ongoing offer from Nexo to pay off its collateralized debts. The following several weeks may be more difficult for Celsius, BitBoy, and the other parties involved, given the current level of complexity.